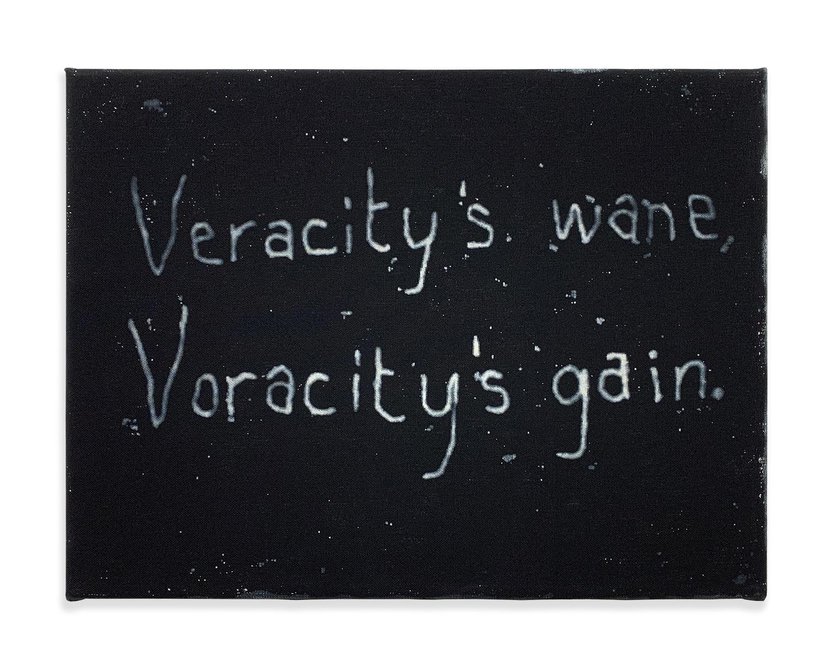 To value and pursue truth as a fundamental part of one's personal credo has consistently been lauded as virtue, as it should. I don't know that there could ever have been a time when this would be realistic in the purist sense, but today it seems naive to imagine it as the basis of our culture. This is not to suggest there is any less honour in holding the truth in the highest regard - quite the opposite in fact - just that to take its pursuit as one's quest is, in general terms, likely doomed to failure.

Self interest is the foundation of dishonesty. Willingness to lie will increase proportionally with the potential for resultant personal gain. The principle of competition has shaped life since the very beginning, and continues to do so. It is in our evolutionary nature to seek dominance and all forms of personal gain, from one poverty stricken individual struggling against another to feed their family day by day, to a billionaire who seeks to turn a global pandemic to his financial advantage, all fall into this category.

The critical point here is a moral judgement. At what point does the means of satisfaction go from justifiable to morally wrong? The answer will be different from one person to another, but for around 40 years we have laboured under an economic system that conveniently does away with all question of morality, by simply venerating insatiable greed above all else on the flawed and fallacious notion that doing so will somehow be of benefit to all in the end. The immoral is repackaged as virtue, dominance at all costs is made a goal rather than an act of inhumanity and the principle justifies both means and ends. This is what we see today. These principles have been normalised and entrenched in the minds of most people and as it surely continues, the dream of a virtuous truth erodes ever faster in the face of a voracious appetite that nature has ensured will know no satiety.