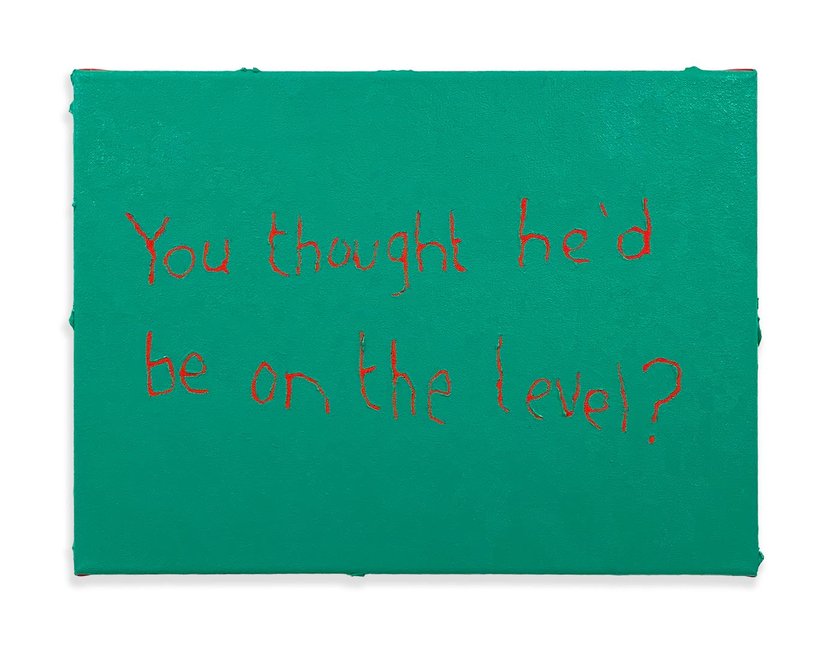 Is it naive to assume that people are generally honest by default? If so, at what point does skepticism slip into cynicism? Without specific evidence to the contrary, the only acceptable attitude is to assume the best, but when a specific behaviour is consistently repeated by separate individuals under comparable circumstances, pattern becomes difficult to ignore.

A culture of dishonesty in the upper reaches of our government has been made painfully clear to us. My painting refers to that insofar as the circumstances fit those that I have come to perceive as a breeding ground for insincerity: In my experience the most consistent, callous and damaging examples are perpetrated by men with power. This may seem obvious in general terms (a sad thing in itself), but over the course of my adult life I regret that the majority of the men whom I have actively allowed myself to be subordinate to have ended up lying to me in ways that have caused real problems.

It is said that power corrupts. Probably true, but is it just as likely that the corrupt or corruptible are most ready to ascend? To consciously seek power over another seems an alien notion to me. I understand its evolutionary roots, but to conceive of dominion as an active goal has, at its heart, something altogether more sinister than instinct.

On the one occasion in which I came into a little power over others - by default, not design - I tried hard to remain honest but, in what became clear was a structure built on deception for profit, I struggled. I failed myself and others in compromising my principles, and the organisation by not doing so to the satisfaction of the men leading it.

Skepticism slips into cynicism, and cynicism into unjustified judgement. Honestly, on this specific point my needle now points to cynic. I'm not proud to say it, but I don't believe I'm alone, and if I were to defend my position I would make an argument of direct personal experience, self protection and a burning desire to never again risk becoming that which I so mistrust.