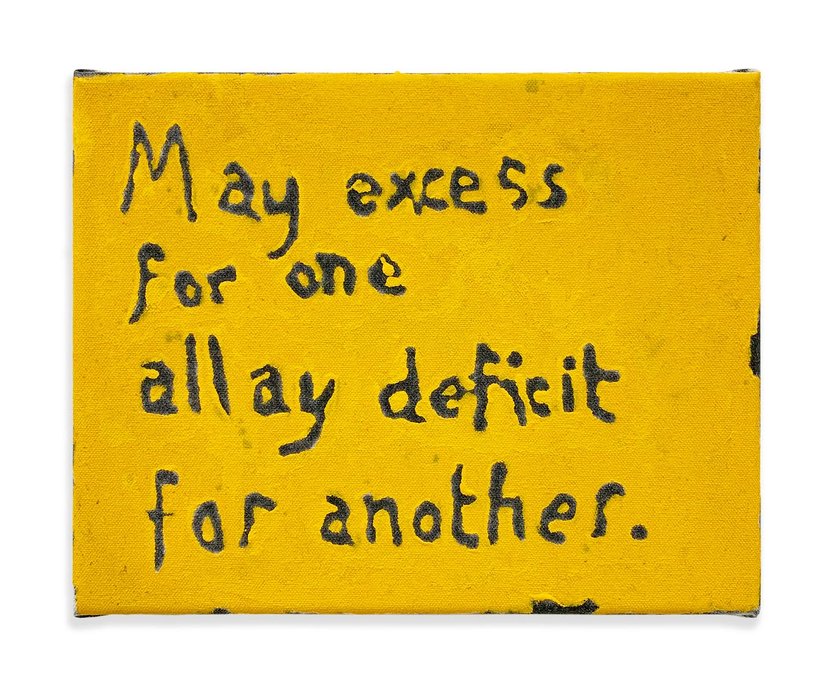 I have more of the essential resources of life than I need - this is not in doubt. But within the culture I live it is unlikely that my lifestyle would be considered excessive. My wife and I hold down jobs to support the family and though we must exercise constant restraint, I am well aware that a global view puts me in a bracket of privilege that an inclination to stick to supermarket's own brand produce does not accurately reflect.

I cannot escape the perpetually nagging thought that I ought to be sacrificing more of what I have for those who have less. I understand that no animal is built for altruism in an evolutionary sense, and it is clear that I and others like me are far from the biggest problem, after all there are those who ferret away billions and appear oblivious to the plight of others. Nevertheless the belief exists that to actively pursue more than one requires is not right. Could it be that concept of profit is objectively immoral?

Hoarding resources is natural, and for those facing a daily struggle for survival it's essential, but latterly we have developed ways of living that mercifully remove us from such insistent existential threat. Therefore, does it not stand to reason that those of us resting safe in the knowledge that we do not face a struggle to avoid death every time we wake should lend hand and resource to those whose future is not so certain?

Apparently not. It would seem that rather than favour others with the gift that allowed us to become the only species ever to have solved the problem of short term survival, we have instead manufactured complex systems that mirror nature's vital struggle and begun the game again. It is veneration of seductive dominance as intellectual victory, rather than base animalistic urge, and in effect is a deliberate rejection of that which sets humanity apart from every other living thing - morality.

Never has so much been owned by so few, at the dire expense of so many.